SPECIALIZING IN ALL TYPES OF SCREENS SINCE 1979

Modular PVC components for a nice, clean look with or without an existing porch structure.

This unique reinforced PVC vinyl framing system allows you to screen from the interior or exterior of your porch using flat spline, in less time.

Hidden Fasteners for a Clean Look

Screen Wall creates a seamless appearance with its 100% hidden fasteners. 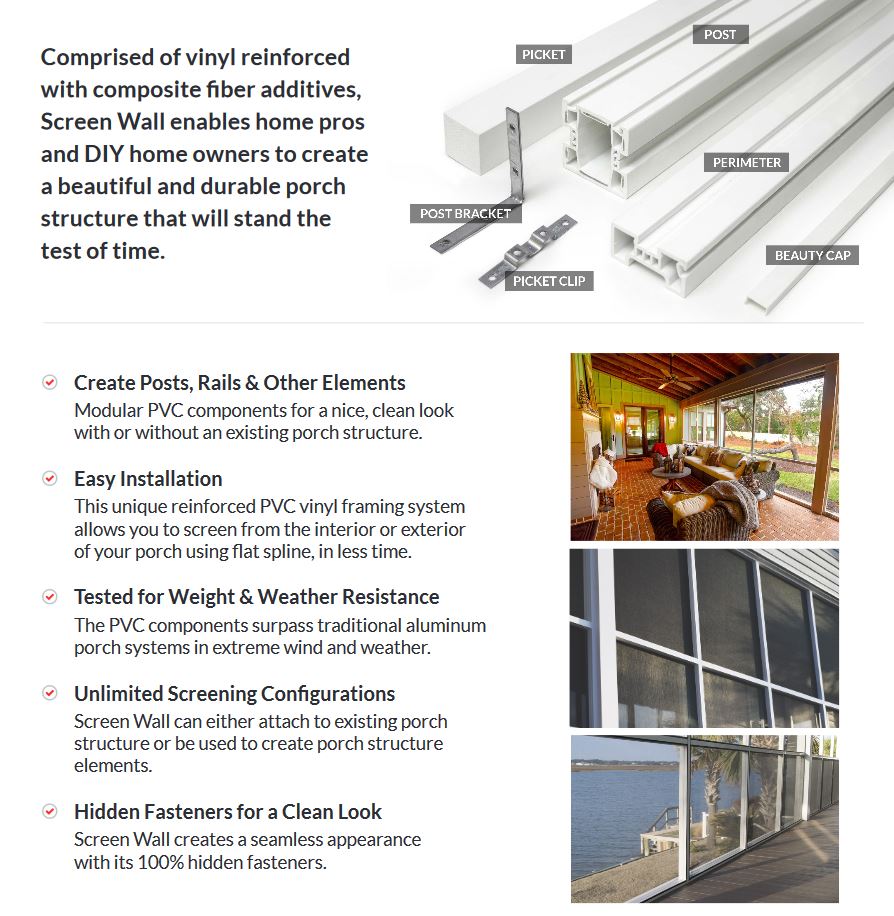 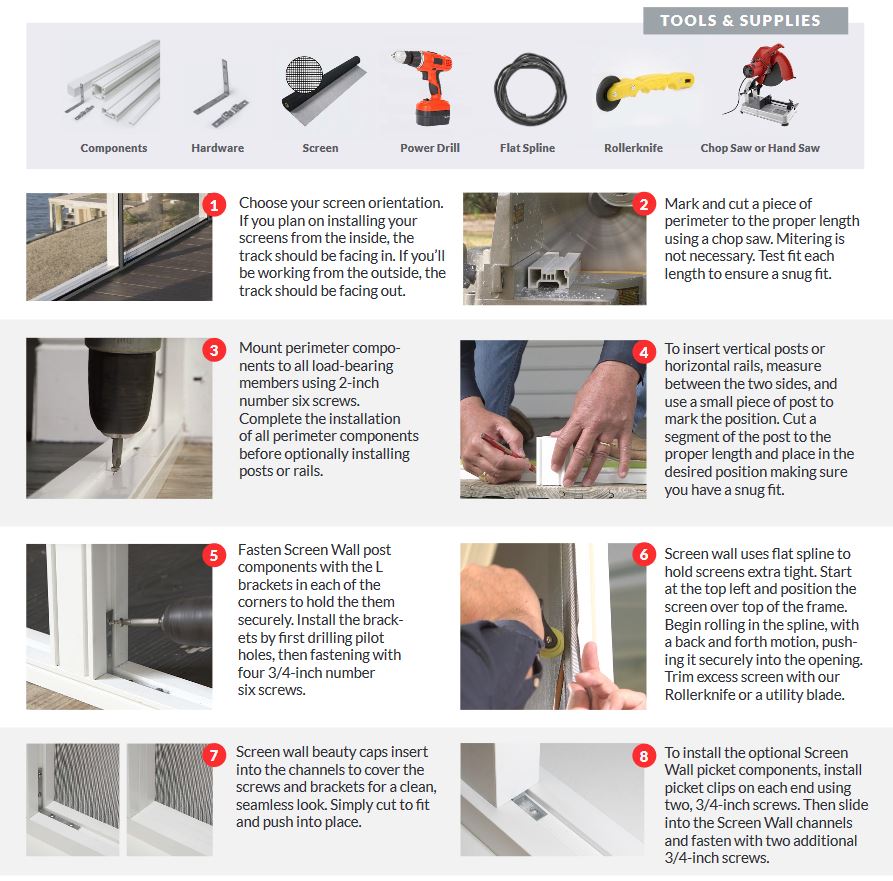