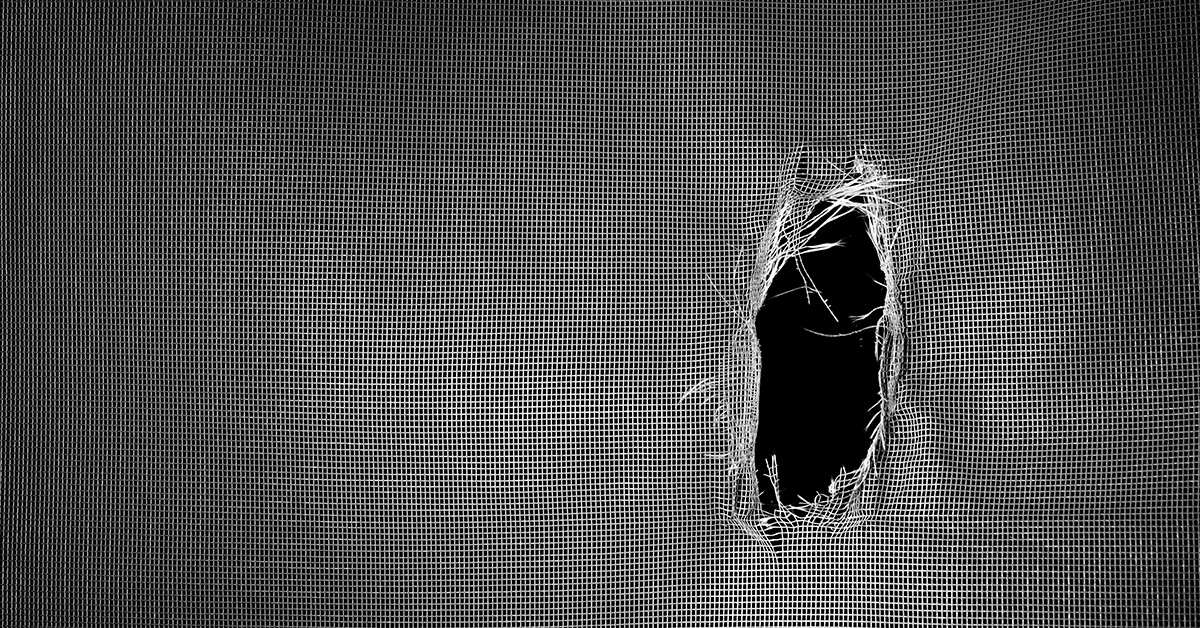 Part of being a homeowner is knowing when to prioritize. Odds are, there’s always something in your home that could stand to be improved. If not, there’s likely something that need to be repaired. At any given time, you need to make a decision about if you’re going to tackle a project now, or let it go a little while. But what if your project involves window screen repair?

Let’s talk about that for a moment, because just how big of an issue is a torn screen, anyway? First, imagine an astronaut’s spacesuit. It needs to be completely closed off from the vacuum of space, but if a single tear or hole is ripped in the spacesuit, you’ve got an astronaut with a really serious problem. If the screen in your window is damaged, while the severity is less dramatic, it’s still the same basic problem. A hole in the screen lets in irritating insects, causes your energy bills to go up, and can allow in water which can damage walls.

But there are more issues. If a torn screen is visible from your street, that affects the curb appeal of your house. Even if you’re not looking to put your house on the market, a ragged screen can affect its value, and transform a beautiful home into something messy.

So does this mean you should automatically buy a new screen? Not necessarily. Believe it or not, but swapping out your old screen for a new one is a task anyone can do, and it will take just a few minutes. Along with your new screen, you’ll need a flathead screwdriver, a good pair of scissors, a spline roller, new spline, and duct tape. Read on to learn how to swap out the damaged screen for a new one.

That’s it! While the process isn’t difficult, it can feel daunting if this is your first time. If you have questions, concerns, or you’d like to order new screening, contact us today!